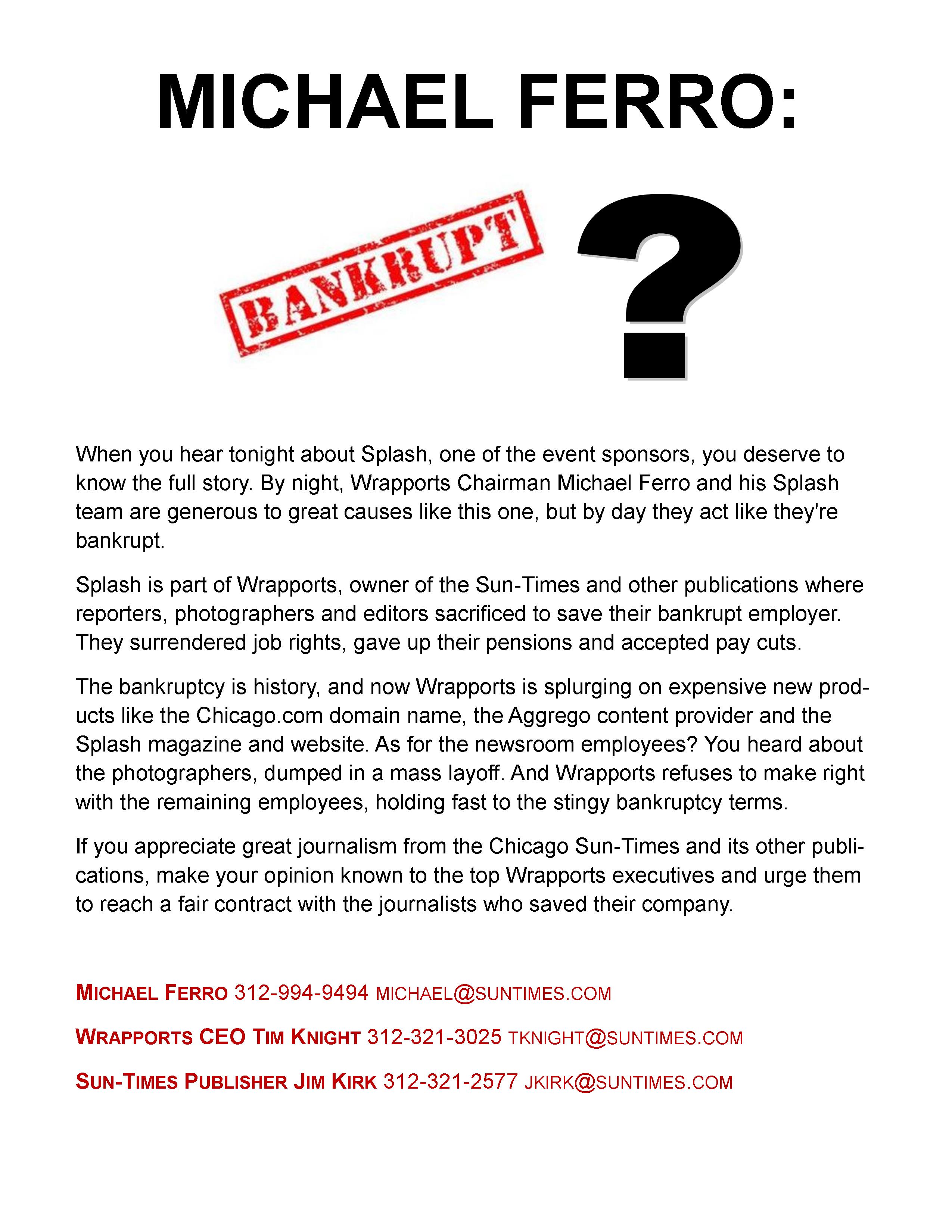 Green Tie Ball draws more than 3,000 to the fundraiser for Gateway Green’s Express Partnership Program, which works to improve the “aesthetics and environmental health of Chicago today,” according to www.gatewaygreen.org. The Guild has no quarrel with the charity that has removed more than 1.2 million pounds of litter since 1998 (according to its Web site).

The leaflet distributed pointed out that Wrapports continues to be stingy with Sun-Times Media employees yet bestows generosity elsewhere.

by admin Posted on September 10, 2013
This entry was posted in Guild News. Bookmark the permalink.

2 Responses to The Guild goes to a ball