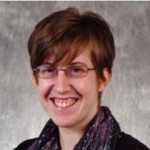 Beth Kramer, a reporter at the Lake County News-Sun, is now working as the Chicago Newspaper Guild’s full-time communications director.

Kramer, 28, is on a leave of absence from The News-Sun. Under terms of the newspaper’s agreement with the Guild, the company must grant leave to Guild employees for up to two years under certain circumstances.

Kramer is coordinating the local’s internal and external communications campaigns, focusing on reaching contract agreements between the Sun-Times Media Group and its union-represented newspapers, including the Chicago Sun-Times, the Pioneer Press Chicago suburban group of weeklies and daily newspapers in Joliet, Gary and Lake County.

She also is working with the local’s mobilization committee.

Kramer is a graduate of Northern Michigan University, Marquette, Mich., where she majored in English. She has been a reporter at The News-Sun for five years and has covered Lake County courts for the past four years. She has served as chair of the Chicago Guild’s Communications Committee for the past year and is secretary of the Waukegan Guild unit.

Kramer was editor of the monthly Marengo-Union (Ill.) View before she joined The News-Sun. At Northern Michigan she was employed by the school’s communications and marketing department.

“Beth will be a big help to us,” said Craig Rosenbaum, Chicago Newspaper Guild director. “They (the Sun-Times Media Group) are conducting themselves in a way that is destroying their newspapers. Firing all their photographers was just the latest thing. There’s something new almost every week. I don’t think they know themselves what they’re doing.”

In addition to trying to reach settlements with the Sun-Times newspapers, the Guild local is involved in a series of arbitrations and legal challenges with the company and is trying to reach agreement on combining five Sun-Times contracts into one. At the same time, the local is in negotiations for interpreters with Cook County. Contracts with the Illinois Federation of Teachers and Teamsters expire at the end of this year.

“I’m delighted to have this job and I hope I can stay with it until we settle the contracts,” Kramer said.

Kramer will work full-time for the Guild for at least three months. She is being paid at the same rate she was paid by The News-Sun. The Guild is being reimbursed for her salary by The Newspaper Guild in Washington, D.C., which is a sector of the Communications Workers of America.

“We’ll evaluate whether we’re going to continue it in three months,” Rosenbaum said.

The International Guild understands the Sun-Times attacks on the Chicago local, Rosenbaum said. “They know we need help and we’re getting it,” he said.

“They know what the Sun-Times management is doing is having an adverse effect on the community as well as the newspapers.”

Kramer encourages anyone with questions or concerns to contact her at reporterbeth@gmail.com.

by admin Posted on July 17, 2013
This entry was posted in Guild News. Bookmark the permalink.