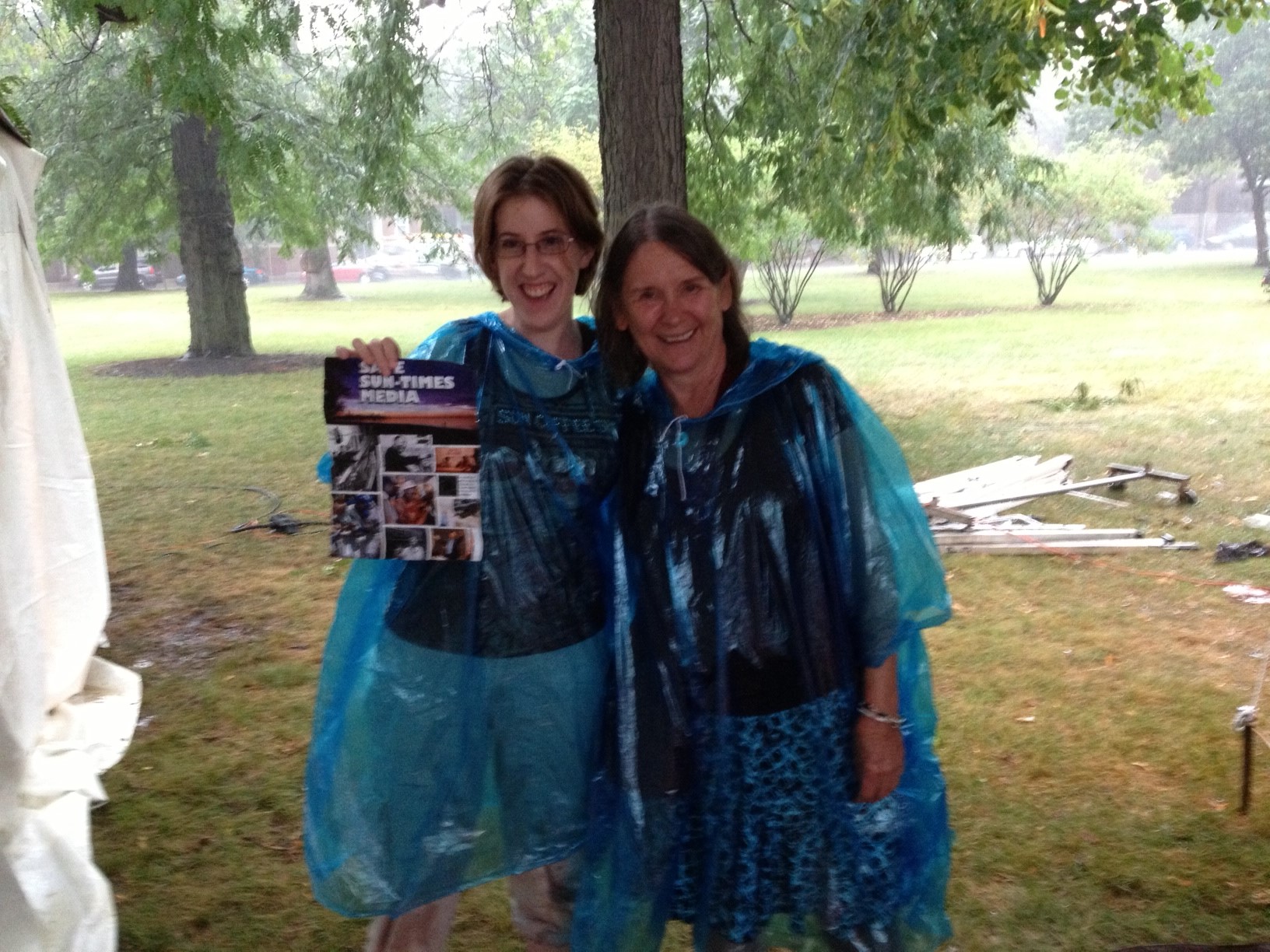 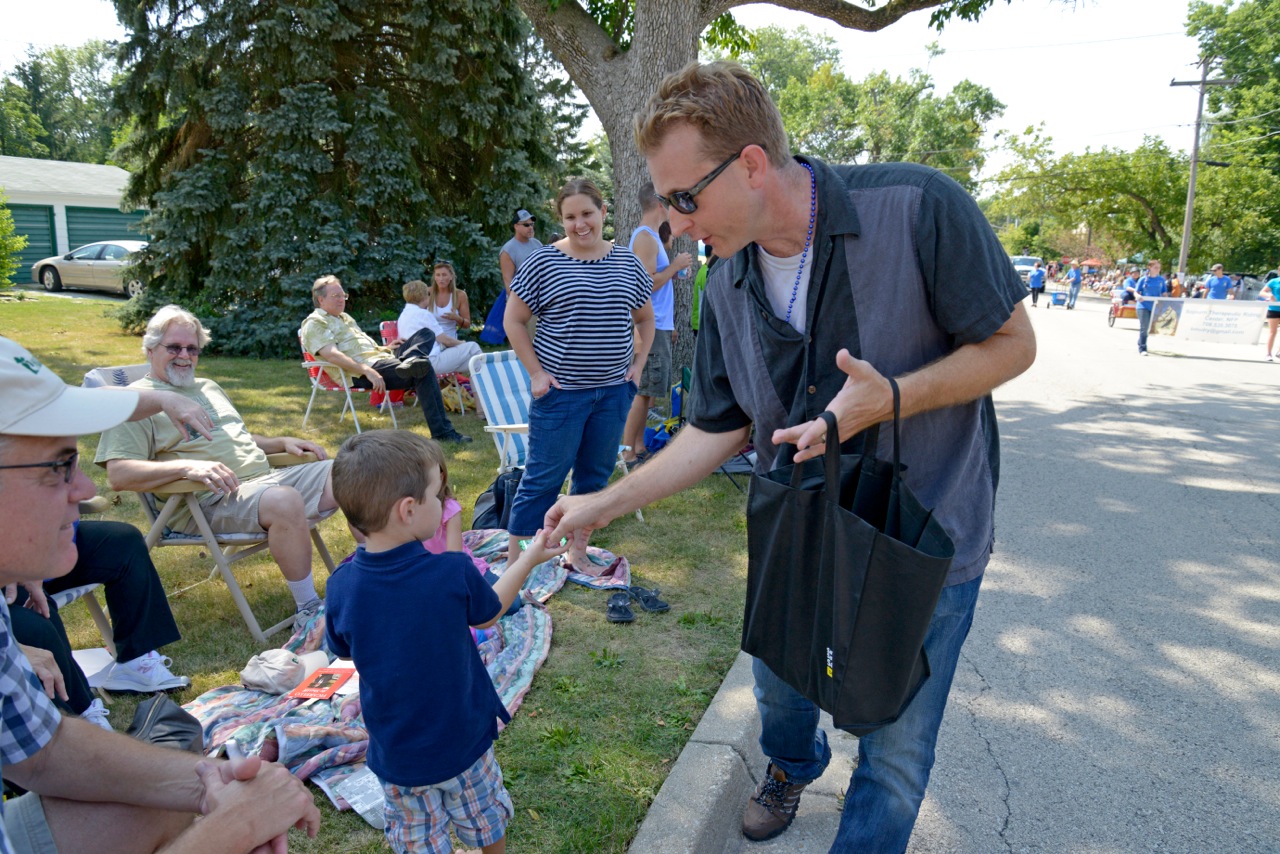 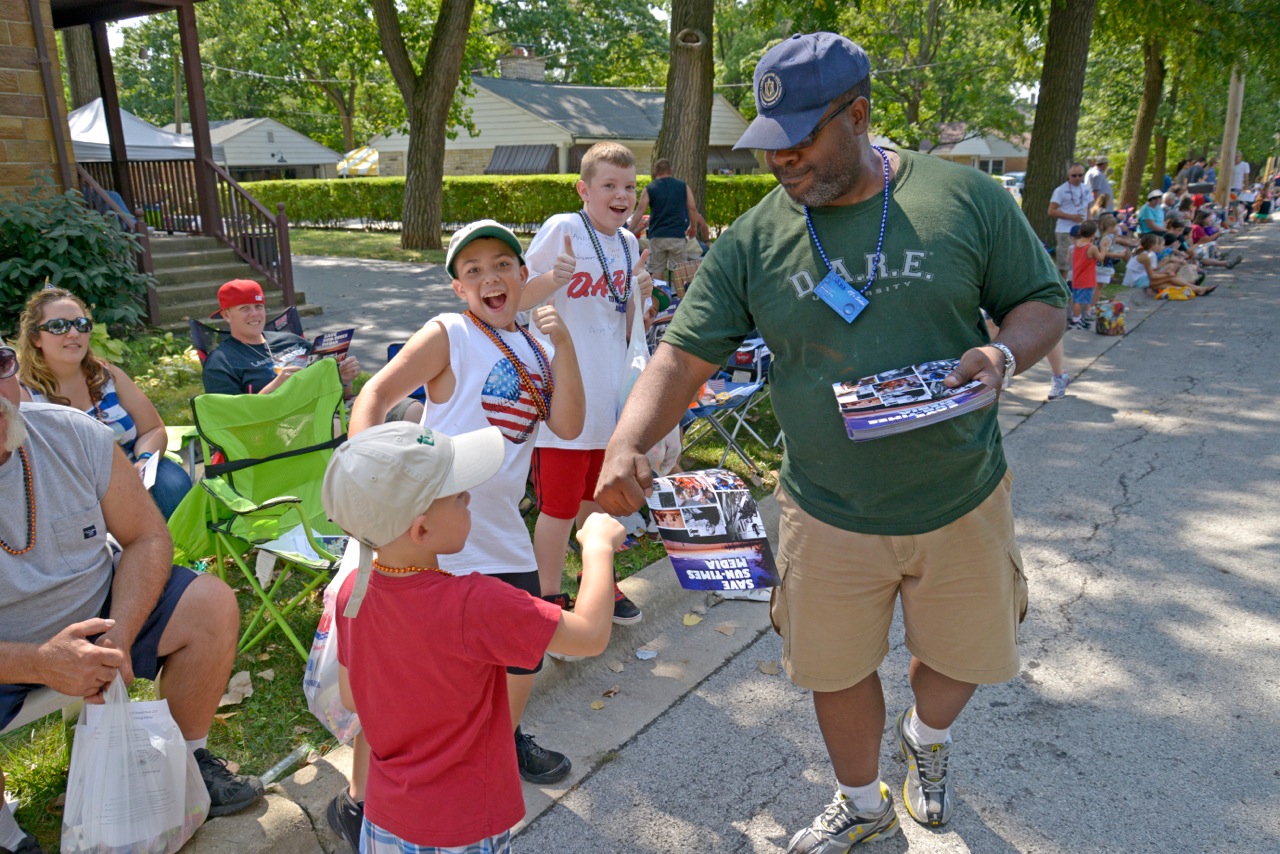 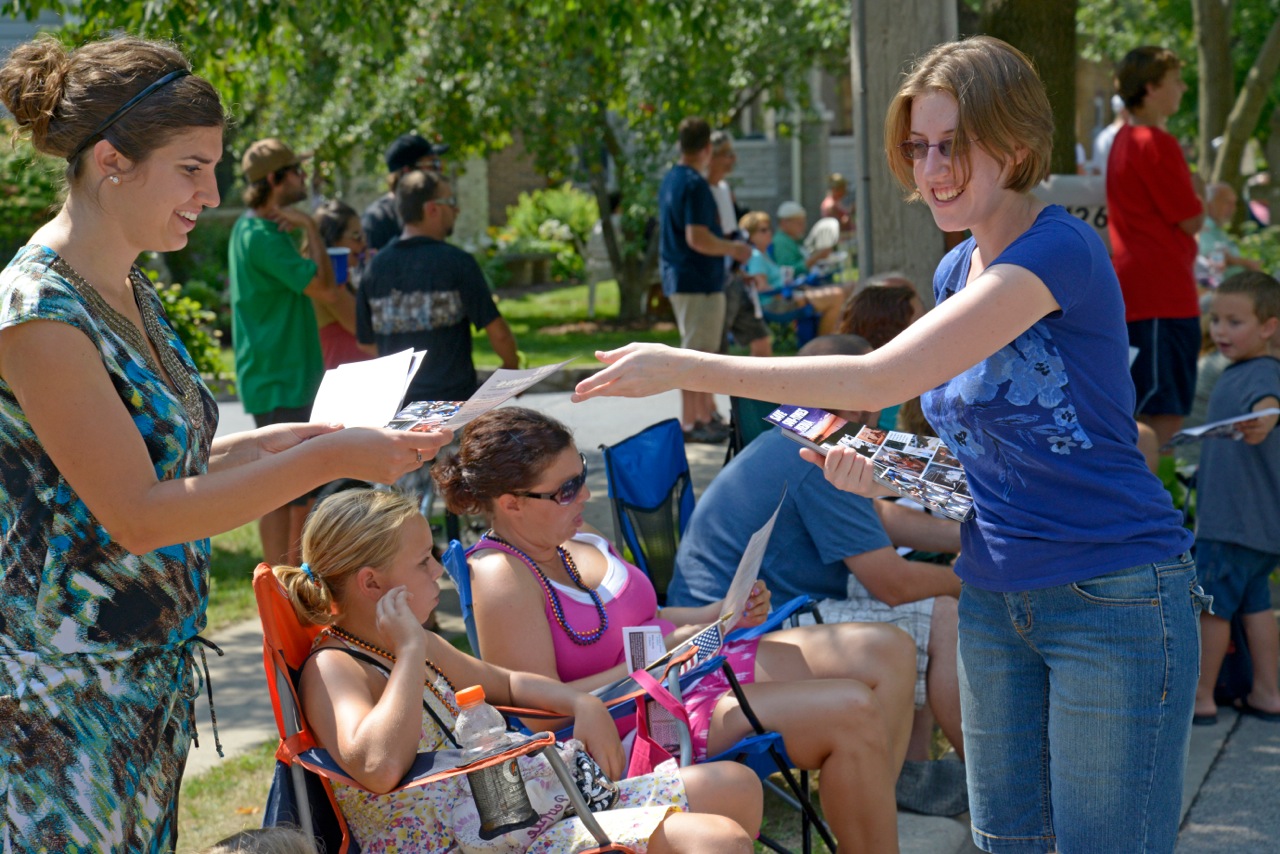 A crew of about seven Guild members participated in Frankfort’s annual Labor Day parade on Sunday, Sept. 1. Guild members distributed candy and flyers to hundreds of people lining the streets.

Frankfort is in the Joliet area and boasts the second largest Labor Day Parade in the state, according to frankfortfallfestival.info. The parade fell on Sunday, Sept. 1.

The flyers feature a colorful collage of current and past photos taken by Sun-Times Media photographers. The back is an open letter to Wrapports CEO Tim Knight outlining the following concerns with the company:

-asks Mr. Knight to bargain in good faith so Sun-Times Media staff can deliver a quality product that remains relevant to its readership

These same leaflets were distributed Saturday, Aug. 31 at the annual African Festival of the Arts on the south side of Chicago. Like parade attendees, many community members enthusiastically received the flyers and offered support and sympathy for the Guild’s struggles.

by admin Posted on September 3, 2013
This entry was posted in Guild News. Bookmark the permalink.