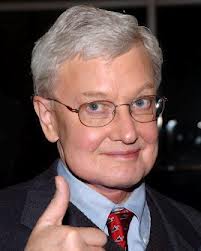 Perhaps his greatest achievement, however, was that of advocate. He championed the early efforts of now-legendary or influential filmmakers such as Martin Scorsese, Werner Herzog, Errol Morris, the Coen brothers, Spike Lee, Michael Moore, and a younger generation of talents such as David Gordon Green and Ramin Bahrani. These directors, whose works display a strong humanist streak, found a devoted supporter in Roger, who, above all, as Time magazine stated in its obituary, “celebrated humanity and the things it creates.”

Though mainstream Hollywood nowadays caters to fanboy action adventure films and superhero franchises, what interested Roger the most were films that stood for something. In his appreciation for the Reader, contributor Ben Sachs noted, “It was the process that mattered to him, the conviction that with each review he was engaging with the world and possibly learning more about it as a result.”

For instance, in his 1992 review of Lee’s “Malcolm X,” Roger wrote: “Empathy has been in short supply in our nation recently. [But] every Lee film is an exercise in empathy. He is not interested in congratulating the black people in his audience or condemning the white ones. He puts human beings on the screen and asks his audience to walk a little while in their shoes.”

And this, from his review of Gus Van Sant’s “Milk” (2008): “[’Milk’] shows what an ordinary man can achieve. Milk was the right person in the right place at the right time, and he rose to the occasion. So was Rosa Parks. Sometimes, at a precise moment in history, all it takes is for one person to stand up. Or sit down.”

Roger believed fervently in standing up, especially when it came to workers’ rights. Back in the ’80s, during the height of the politically reactionary Reagan era, he would proudly identify himself as a “card-carrying member of SDS.” (Not sure, though, whether Roger hewed to the original Port Huron statement, or “the compromised second draft,” as the Dude dismissed it in “The Big Lebowski.”)

His union sympathies began at an early age. His father, Walter, worked as an electrician, and Roger remained a member of the Newspaper Guild throughout his career. He famously stood with the Guild in 2004, when he wrote to then publisher John Cruickshank that “it would be with a heavy heart that I would go on strike against my beloved Sun-Times, but strike I will if a strike is called.”

That exchanged triggered a war of words with then owner Conrad Black, whom Roger accused of running the Sun-Times as ”a kleptocracy,” citing auditors’ reports, and added that the same reports targeted Black and exec David Radler with allegedly pocketing 97 percent of Hollinger’s profits.

The Black regime marked the kind of corporate malfeasance that Michael Moore called out in “Roger & Me” (1989), the first of several take-no-prisoners documentaries from this activist filmmaker. “It said things that had not been said in the movies in a long time,” Roger wrote. “That the MBA-powered ‘success ethic’ is just another word for greed. It considers whether the traditional American ethic of fair play between worker and employer has been replaced by a paganistic corporate worship of the bottom line.”

Through his blog, Roger Ebert’s Journal, and frequent op-ed pieces, Roger believed in speaking out about similar injustices. As he emphasized in a 2004 interview with the Progressive magazine, “I began to feel like I was in the last generation of Americans who took a civics class. I feel like most Americans don’t understand the First Amendment, don’t understand the idea of freedom of speech, and don’t understand that it’s the responsibility of the citizen to speak out.”

Though his critics often accused Roger of having liberal bias, he believed his worldview transcended politics. “’Kindness’ covers all of my political beliefs,” he wrote in “Life Itself: A Memoir” (2011). “I believe that if, at the end, according to our abilities, we have done something to make others a little happier … that is about the best we can do. We must try to contribute joy to the world. That is true no matter what our problems, our health, our circumstances. We must try. I am happy I lived long enough to find it out.”

Roger loved the classic films that bore out this philosophy, such as works by Frank Capra and John Ford. Every Christmas Eve, I try to watch a classic film with my immediate family, and in 2011, it was Ford’s “The Grapes of Wrath” (1940). In an email message next day to Roger, I remarked that movie gave me one of my best Christmastime experiences in recent years, because Ford’s film really embodies the holiday spirit (more so, to my mind, than obvious examples like “It’s a Wonderful Life”). He wrote back: “That is one great film.” And agreed with me that it has one of the best closing speeches ever recorded on celluloid:

That’s how I’ll always remember Roger. He’ll go on forever, because he was one of the people that live.

by timcampbell Posted on April 8, 2013
This entry was posted in Chicago Sun-Times. Bookmark the permalink.