Wrapports and Sun-Times Media employees work side-by-side in the newsroom, the Guild learned at the latest bargaining session. 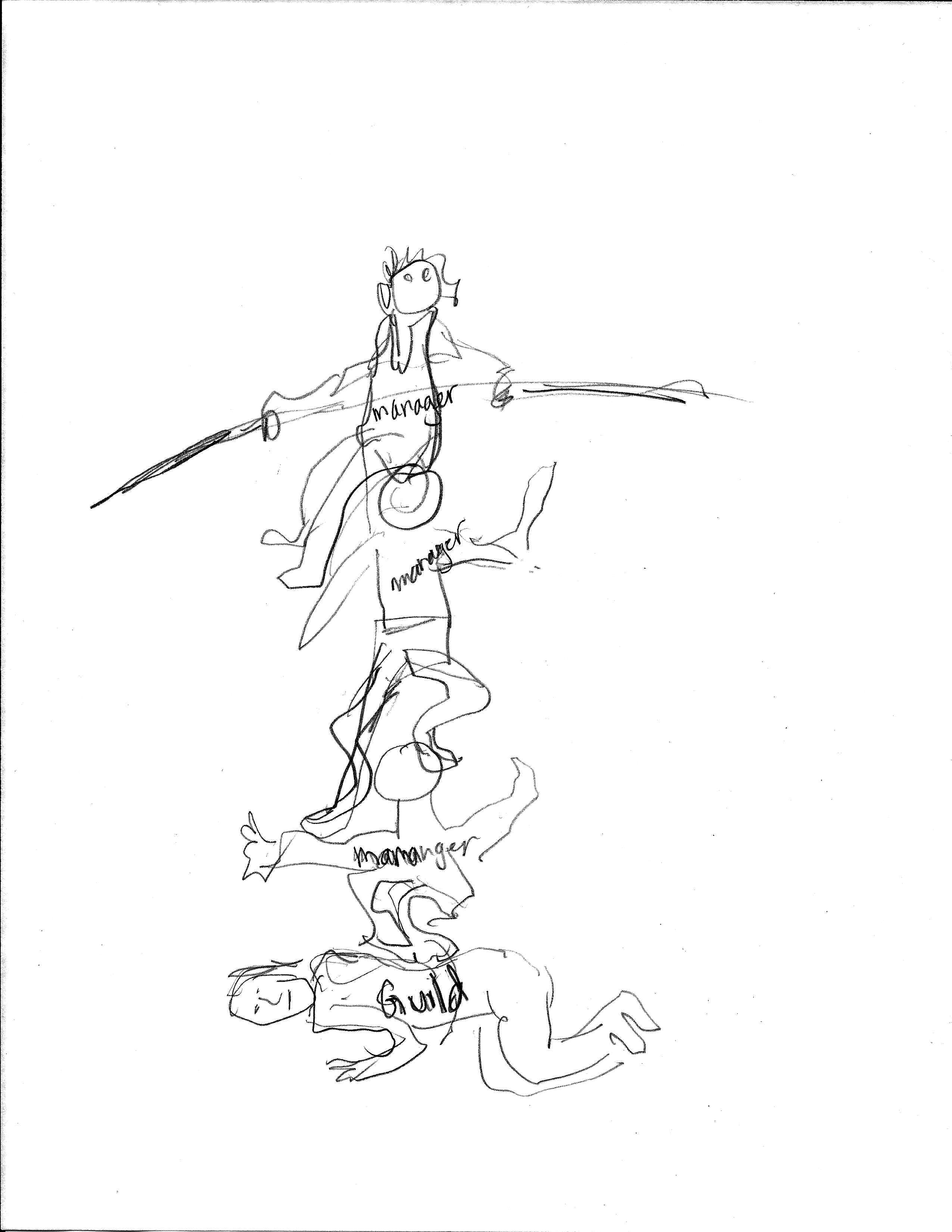 “Mr. Newman was extremely helpful in helping us understand the dynamics of the newsroom,” Guild Executive Director Craig Rosenbaum said after the session.

Upon request, Newman described a complex management system in which there are up to five layers of supervisors reporting to superiors. Some reporters also answer to multiple editors, depending on which publication and department the reporter is in, company representatives explained.

Newman also revealed that a “handful” of Wrapports employees work on the 9th floor alongside Guild members in the Sun-Times Newsroom.

The duties of regular freelancers were also disclosed. Given the amount of work some of these freelancers perform, the Guild told the company that it is planning to go to governmental authorities about the company’s alleged misuse of freelancers.

Rilea accepted the idea of all units getting three days bereavement but pointed out different units get different bereavements for different family members. A resolution was not immediately agreed upon.

“I don’t know.  As long as I’m not paying a lot of additional money,” Rilea said after Rosenbaum said the Guild wanted one contract.

The next bargaining session is scheduled for Oct. 3. The company did not have much to say besides pointing out the company’s dismal financial position after a Guild bargaining committee member made an impassioned plea for resolution to more than a year’s worth of negotiations.

“We understand the revenue picture and the profit picture. It’s clear to me that in a few months unless there’s going to be some great change, the company’s going to make a big decision that’s either shut the doors or recapitalize in some way. Do something to fight for the business. If you shut the doors, we’re all out of work and you’ve also lost your demonstration products for Grid, Splash or Aggrego or all the other ventures that are out there,” the bargaining committee member said.

by admin Posted on September 13, 2013
This entry was posted in Negotiations. Bookmark the permalink.

2 Responses to Layers and layers of management